Every cake has its day: The Final - Chloe's The Apprentice Blog

Every Cake has its Day

Here is the final The Apprentice blog for Series 12 from Chloe Harrold, senior employment lawyer at Outset

12 weeks later and its The Apprentice final: Courtney Vs Alana, novelty gifts Vs cakes. Lord Sugar brought back some of the previous candidates to “help” out the finalists as they put their business plans into action. 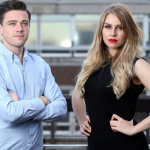 Courtney started off by making sure he had his priorities right – “Lord Sugar will want to make money fast and quickly” – you’ve got it Courtney. First up was choosing a name – who knew Karthik had the magic solution: favourite colour and favourite animal gave Courtney Purple Whale (mine would be Blue Leopard, just saying). His sub-team then went off to film an advert for him, but forgot his is an online business and had Karthik phoning up to place an order, doh! Thanks to some clever editing all was saved. Courtney received some coaching, invented a new product and managed to deliver a pretty good pitch.

Alana meanwhile was talked into the name “Ridiculously Rich Cakes” and a design to go with it which Claude seemed to think lacked the originality needed. With the seed of doubt sowed by Frances and Grainne, by the following day Alana had seen the error of her ways and took the decision to change the design and add her name: “Ridiculously Rich, by Alana”. The personal touch added to her product and ad really did the trick (even if it did look like Lola’s Cupcakes – surely that can’t go to market like that?) Alana delivered a great pitch and impressed everyone with her cakes, even Claude.

Despite his natural affinity for Courtney’s business plan with his manufacturing background, Lord Sugar – perhaps won over by the subliming messaging (Alana/Alan, Sugar/cakes – geddit??) – pointed his finger for the last time this year, to hire Alana.

I’m really pleased for Alana. She’s been genuine and likeable throughout and its been great to see her develop and grow in confidence. People will always eat cakes and I think Lord Sugar definitely made the right decision. 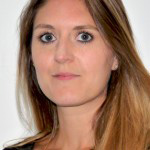 So, now that we’ve reached the end of The Apprentice road for this year what big HR lessons have we learned? Here’s my top three from Series 12:

That’s the end of The Apprentice for another year, I don’t know about you, but I’ll be looking out for Alana’s cakes – I can’t stop thinking about that peanut butter one!

Merry Christmas to you all and have a very happy New Year.

Independent Vetcare was founded in 2011 and is now the largest veterinary care business in...